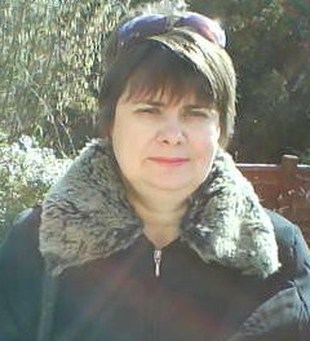 Hello I am Sonia and I would like to introduce myself as an Event and Wedding Organiser/Planner.
My business is located in Oxfordshire, United Kingdom.

London trip : 27 February - 1 March 2009 Since we are fans of Il Divo, we bought tickets for their concert at the 02 Arena on February 27, 2009. We had read on the Belgian website that you were organizing a short stay in London for the Belgian and Dutch fans of Il Divo according their concert at the 02 Arena in London. Although we did not know each other, it was no problem for you that we joined the group. You sent us more than a month in advance an e-mail with a detailed schedule and clear overview of the daily journeys by train or taxi. You gave us the necessary information about the hotel and you even mentioned that you could get snacks until 12 midnight. The day of arrival you booked up a restaurant and you mailed us in advance a link of the "Haha Bar", so we could take a look at the menu. Furthermore you drew our attention to the fact that we could save on our lunch with a voucher. You gave us details to fill in the form correctly and to print it. We looked forward to our first trip to London and were curious to meet you. It was nice that you were waiting for us on the platform where our train arrived in London Paddington Station. Since we had mailed photos, we recognized each other immediately and the greeting went very smoothly and friendly. Everyone in the group has been welcomed by the relevant platform. After the group was complete, we traveled by train and taxi to the 02 arena, where you had already made a reservation for lunch in the restaurant "Haha Bar". Since we could already see the menu in advance, it was a lot easier to choose a dish . Our holiday started so in a cozy atmosphere After lunch we went to the hotel to check in. Although you had to book several rooms, there were no problems with the reservation. We were pleased with the hotel : the check in went smoothly; the room suited us and especially the proximity to the venue (the location) was ideal. That evening we all went to the concert and since we were scattered in the hall, you made your way around during the interval to see if everyone was comfortable and happy. When the concert was over, you wanted us to meet up in the foyer to make sure we were all together before we all got a taxi back to the hotel. Saturday, 28th February 2009, was our tourist day. After the breakfast you ordered two taxis to bring everyone to Greenwich station, where we had to catch the train to Charing Cross to start our site seeing day. You helped us to buy the correct and cheapest train ticket to travel from Greenwich to London. From Charing Cross Station we had a short walk to Trafalgar Square, then Horse Guards, where we saw the changing of the guard. You knew it lasts for 30 minutes and started at 11 a.m. every day, unless it was raining. We were there in time to watch this magnificent spectacle. From there we walked down the Mall which took us past : - St. James Palace - Clarence House (where Prince Charles lives) - Buckingham Palace We then made our way up a side street to Westminster area to see : - the Houses of Parliament - Big Ben - Westminster Abbey, which we visited. Plenty time in advance you had sent the link of the website for Westminster Abbey, so we already had an idea of what we could expect. After lunch in that area, we made our way up Whitehall and passed Downing Street and the Cenotaph, a monument in memory of soldiers, airmen and sailors who died in the First and Second World War. We saw Banqueting House and we walked across Westminster Bridge to the London Eye. Those who were not afraid of heights, could take a ride on the London Eye and the others could travel back to the hotel. We could have a short rest in the hotel before our trip back to Greenwich for our Divo Dinner Celebration. You had booked at the "North Pole Restaurant" in Greenwich, a cozy restaurant with live piano music. Before the trip you had also mailed a link for pictures of the restaurant and to have a look at the menu. Since you had a card called "Taste London", we were entitled to 50 % off the total bill. It was a very pleasant evening and a great way to end our weekend in London. The next day, Sunday 1st March, we left after breakfast. We all got a taxi to Greenwich rail station and took a train back to Paddington rail station. You guided us to the platform where our train left and since there was a real friendship sustained in those two days, saying goodbye was very emotional. We want to thank you for all the effort you have done to make our city trip a successful holiday. You had everything perfectly prepared : - you mailed us weeks before our departure several links to inform us about the restaurants, vouchers and tourist attractions; - we received in advance a clear and detailed overview of all the sights we went to see; - you gave us the opportunity to have a say in what we would undertake; - you even considered the weather for our day trip on Saturday and therefore we received in advance a program to dry weather (horse guards) and wet weather. Our sincere thanks for all the time and effort you put into preparing this trip.

Monique and Gerlinda Ritzen from Belgium

London : summer 2010 Since our first visit to London was a great success, the idea arose to organize a longer holiday in London. This time it was a summer holiday that lasted 6 days, from 23 July till 28 July 2010. Because the group consisted of 12 people, there was a lot involved. You gave all the necessary information about our hotel "The Premier Inn" at London Victoria. On arrival we have to pay already for our stay. You gave us the exact amount, including breakfast and dinner. You had contacted the hotel to make arrangements for our evening meals and you gave us for each day the time for evening meal. Several months in advance, in March, we received an overview of what we would visit every day. In early April you have sent us the links to the various attractions and more information about 2 for 1 vouchers. You booked into 2 for 1 vouchers for several attractions, for instance the Tower of London and Madame Tussauds. It was a generous idea because this meant a huge saving for all of us ! To obtain this offer, we all needed to retain our National Rail tickets we would use on Saturday 24 July when we would go to Windsor Castle. You advised us that we had to keep this train ticket well and not lose it. You explained how we would get around to these attractions and we would usually drive by taxi. Because there were two people who had problems with long walks, you decided to take the taxi instead of the underground. The costs of the taxi would be very reasonable as we would split the costs between all of us. You phoned the booking line for the Buckingham Palace, Mews and Queens Gallery tickets. You have gone ahead and booked them and paid for them as it was getting very tight and we would miss out. In your mail of 16 February 2010 you gave us a lot of information about our visit for the Tour of the Houses of Parliament on our final day, Wednesday 28th July. We had to be there at 9.30 a.m. and it lssts for 90 minutes. You had already booked 12 places for this visit. We don't have to pay anything because in your circle of acquaintances you knew the right person. You also gave us a link of a virtual tour of Parliament, so we could see what we will be visiting. You had thought about the check out in the hotel because we had to do this by 12 noon. But the hotel had a room for suitcases, so we could check out in the morning before we leave for Parliament. We could get taxis from our hotel to The Houses of Parliament, which would be about 5 minutes. After the tour we all go back to our hotel, that will be around 12 noon. You had asked the hotel what they do for lunch and there were two possibilities : basic panini's, or a sandwich buffet which consists of a variety of sandwiches, sausage rolls, and nibbles. You thought that the sandwich buffet was very reasonable. On the day of our arrival on 23rd July, you arranged a Celebration Lunch which we remember very well with a buffet, celebration cake and decorations in a room in the hotel. Once we have had our lunch, we could collect our suitcases from reception and made our way on foot to Victoria station, which was just around the corner from the hotel. Your mother and yourself would see us all off back home safely. You suggested that we book our flights or Eurostar back home in the afternoon because we would probably leave around 2.30 p.m. from Victoria station. We have very nice memories of our trip to London and we like to thank you for the energy you have put in organizing this for all of us. Every day was well prepared and filled with interesting visits. We saw the most important tourist attractions of London : - the London Eye - Windsor Castle : our visit also included Queen Mary's Dollshouse - St. George's Chapel - Madame Tussauds & The London Dungeons - Tower of London - St. Paul's Cathedral (you had advised us in advance no filming or photography) - State Rooms - The Queens Mews - Changing of the Guard - The Queens Gallery - Exhibition : Victoria and Albert - Buckingham Palace - Houses of Parliament Our tourist trip seemed to be organized by a professional guide. You had a good background and gave interesting explanations. You had everything checked thoroughly so that we could visit many attractions to such favorable prices. Months before we would leave, you gave us a detailed overview of all the costs for the attractions and train tickets. You had also ensured that in the evening we could eat at a reasonable price in the hotel. When we had to take a taxi, you could point out the various landmarks. As we travelled by train, you were always watching that everybody got off at the right station. Everything went in a friendly relaxed atmosphere and everyone had fun on our trips in the city. It was a great holiday which we remember with pleasure !

Monique and Gerlinda Ritzen from Belgium